Spoločenský dom in Svit was one of the most beautiful and modern hotels in Slovakia at the time of its creation. It offered a unique view of the panorama of the High Tatras and a broad portfolio of services. Soon after its opening, it became the sociocultural and commercial centre of the city. And it is still true.

The framework plan for construction in the company from 1938 also included the construction of Spoločenský dom. According to it, the hotel should have had four floors. The ground floor should include, for example, a department store, cinema, butcher’s, and barber’s shop. The first floor should offer a restaurant, café and kitchen. A games room, notary office, and a public reading room should be on the third floor, and the highest floor should include accommodation.

Construction of the hotel began in 1942. Since its opening in 1945, Spoldom (as citizens nicknamed it) has been a busy place. Various cultural events and dance parties were held in the ballroom. The Council of the National Committee met there. The local library and cinema were located in Spoldom, and the first wedding room in Svit was established there.

As the company was doing its best to take care of the employees, it established the so-called “Night sanatorium” at the end of 1950, which was unique in Slovakia. Employees who needed rest after work could live there temporarily. Rest was something they lacked in the hostels for workers.

At the turn of the 1970s and 1980s, Spoldom was renovated. The hotel part, a café, restaurants, a confectionery, and a buffet were brought into use. Over a hundred employees worked there at that time.

In 2006, the hotel underwent a major renovation that included building one floor with a tennis court. Its name changed to Spolcentrum.

However, the original elements of functionalist architecture and multifunctionality have been preserved. A wellness and fitness centre, bowling alley, cinema restaurant or community hall, where events and conferences take place – these are just some of the options that the hotel offers.

Although the Spolcentrum hotel has been constantly evolving since its establishment, some things have not changed. Such as the fact that it still retains its popularity with Chemosvit employees and people who live in Svit.

Chemosvit Folie has long experience with machinery from Windmöller & Hölscher. The flexographic printing department has so far been equipped with three machines from this company. Thanks to this, it will be possible to share, procure and better correct work with printing sleeves, adapters or spare parts. At the same time, the substitutability of operators within the department and between individual machines will improve.

The new 8-colour Miraflex M8 machine is equipped with state-of-the-art software and hardware systems, making it the most productive machine in the flexo printing department. 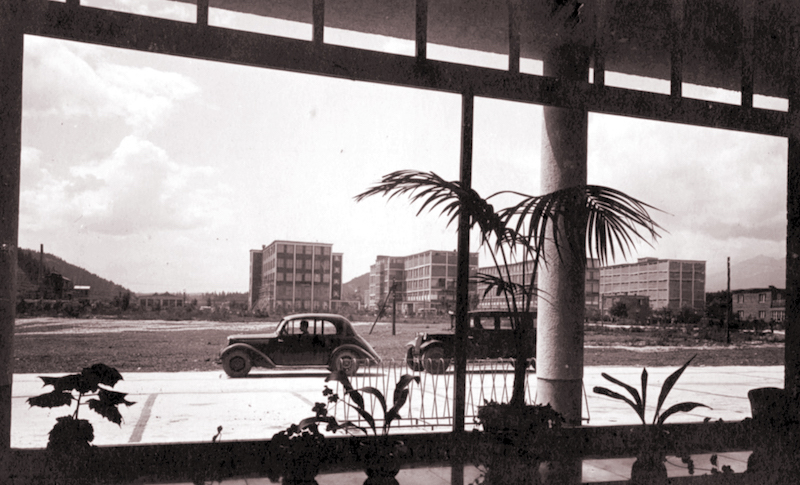