This year we changed our visual identity, which has underlined the fact that even if we are a company with a long tradition, we are not afraid of change. For a longer time, we had a feeling that our corporate identity is conservative. Since we try to come up with new solutions and innovations, we perceived it as a limiting factor.

We contacted a marketing agency to change our “image” in a way that it would meet the modern standards of visual communication. The focal point of this change was the logo. Its universal use in all Chemosvit subsidiaries was an essential aspect.

It was also crucial to preserve the blue and red colour, as they have been important for the company for decades. These two colours convey the notion of tradition and reliability. Those are aspects we find significant at Chemosvit. We try to preserve traditions, and, at the same time, want to be a reliable partner to our customers, investors, and employees.

We wanted to preserve the logo shape as well – two triangles which represent the peaks of the Tatras. The final logo for the Chemosvit Group includes both blue and red colours with a light gradient. The Tatra peaks have also been preserved, but their peaks are no longer so sharp. The logo has added value: it represents not only the peaks of the Tatras but also the main product of the company – a printed film sheet.

It makes a connection between the history and the new, which captures the essence of the Chemosvit Group perfectly.

The logos of the subsidiaries retain the blue colour, which is combined with, for example, yellow or green. That makes it easy to distinguish them from each other, but it is clear that companies are part of the same family.

The rebranding includes not only the change of the logo but also the entire visual identity – presentations, promotional materials, signboards or signature at the end of e-mails.

We believe that thanks to this change, the public, along with our business partners, will perceive us as a modern and progressive company, which does not forget its roots. Because even though we have changed our appearance, the essence remains the same. 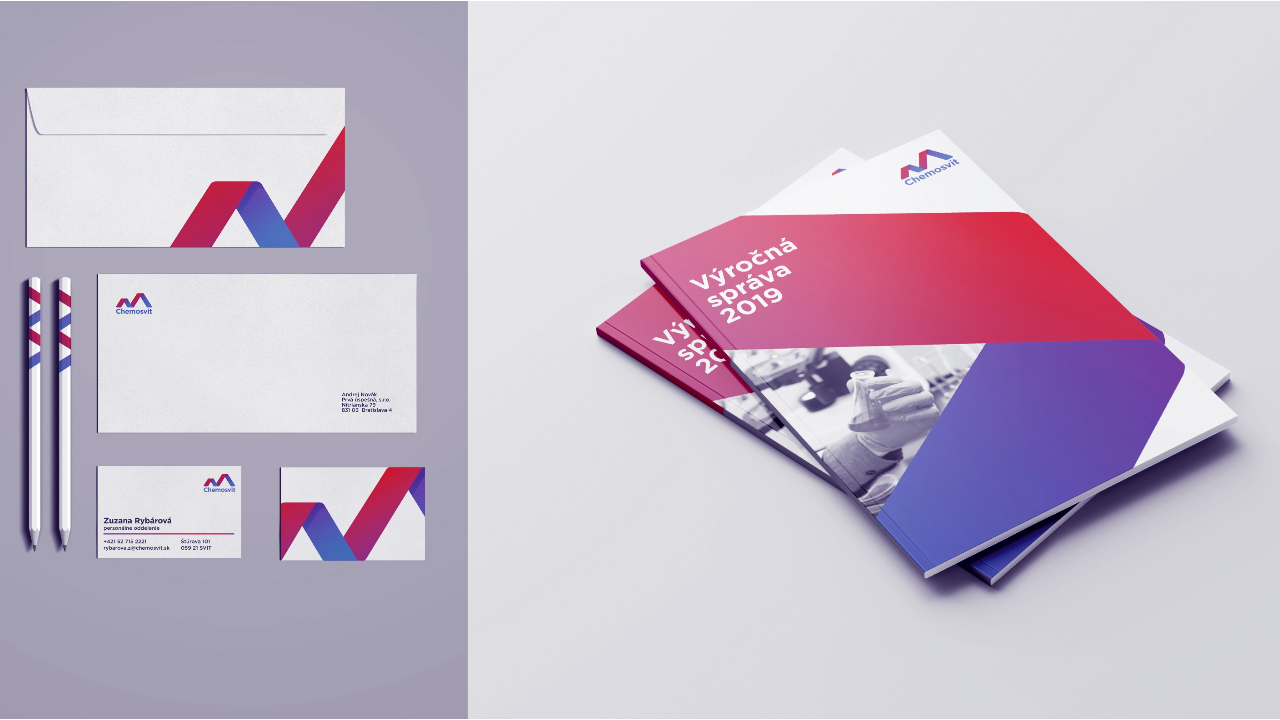