The establishment of viscose production in 1936 created jobs in the foothills of the High Tatras, but the environment was not taken into account. Aspects of solving environmental issues were absent.

On the one hand, the production volume of viscose-based products increased, but on the other hand, the company’s heating plant began to burn brown coal dust and later also high-sulfur heavy fuel oil. The emission load in the vicinity and beyond was rising unbearably.

Emissions were a problem, although measures were taken to avoid them. For example, a 15-meter smokestack was built to remove harmful gases. However, it wasn’t sufficient. Emissions of hydrogen sulphide and carbon disulphide to air reached unacceptably high levels and wastewater containing sulphates and lyes, despite partial treatment by a wastewater treatment plant, exceeded the maximum permissible level of pollution of the Poprad river.

1950–1980 can be considered the worst period of Chemosvit in terms of causing pollution. This was reflected in the lower quality of the environment in Svit. Harmful exhaust gases also affected the health of employees.

Therefore, an investment plan was developed for a comprehensive solution for cellophane production in order to modernize production and reduce exhaust gases. However, due to high investment requirements, Chemosvit decided to stop and replace the production of viscose fibres.

On September 30, 1997, the Board of Directors of Chemosvit decided to cease the last complex, purely chemical production. On November 27, 1997, the last meters of viscose film were produced, and after more than 60 years of production in Chemosvit, this production was cancelled. The cellophane building was demolished in June 2009. 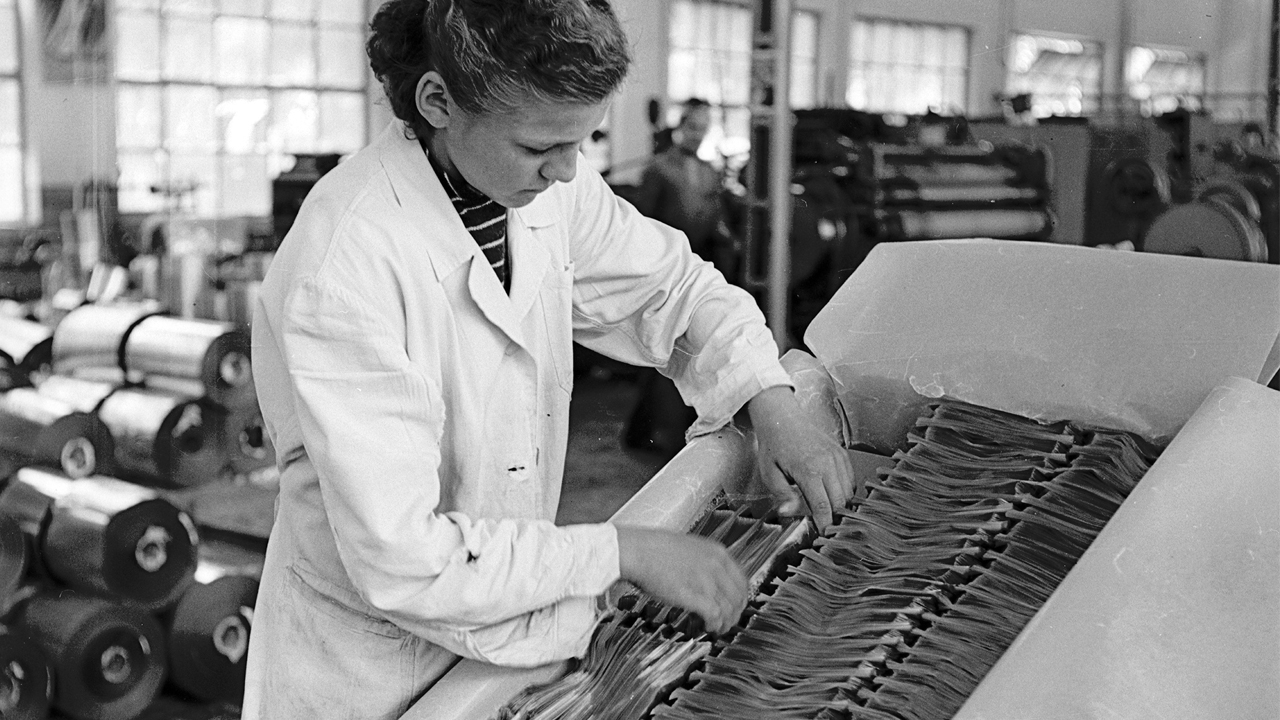