How Chemosvit Got the Current Logo

Our company initially used the word Baťa, later Svit, as a logo. 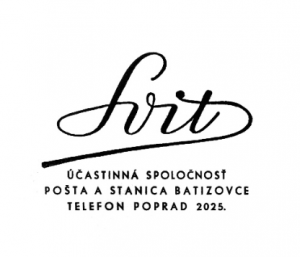 Chemosvit started using a pictorial logo after World War II, which was created by the internal advertising department under the supervision of Jozef Slavkovsky. It continued to represent Tatrasvit after the split. 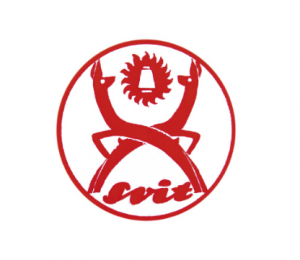 Later, Chemosvit adopted a new pictorial logo – it included a white nozzle in a red field in a dark blue triangle with the word Chemosvit and yellow border. This logo represented Chemosvit until the end of the 1960s. 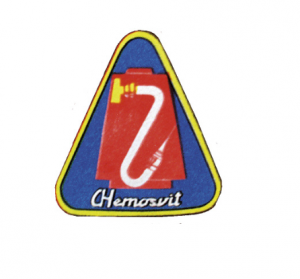 Then it was time to change the logo again. This time the name Chemosvit was red, and the logo also included two triangles, which symbolized the High Tatras. This logotype was entered in the trademark register on 24 July 1967. In addition to the colour version, the logo could also be used in black or dark blue. It was probably designed by Rudolf Scheling from the company’s graphic studio, who is also the author of the first coat of arms of Svit. This logo has been a well-known brand for thirty years. 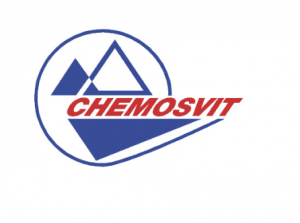 Market conditions and organizational changes in the company structure required a new logo after 30 years. This time, the advertising agency Zoom Production from Bratislava was behind the design of the logo. The preparation of the design manual by this agency in 1996 was also a significant milestone.

From 12 August 1998, the company started using a new logo, which was registered as a combined trademark. The change was sensitive but noticeable. The symbol of the chemical bank was removed from the original Chemosvit logo. The result was a simpler logotype that included the name Chemosvit and the graphic symbol of the Tatras. The logos of all subsidiaries were also created according to the new version. 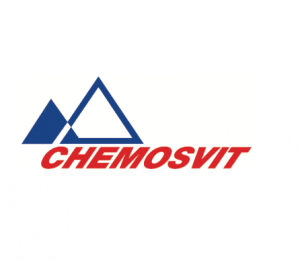 The time for change came after more than twenty years. Once again, the Chemosvit logo needed a change to be able to face the competition and adapt to modern trends. As of 1 April 2020, we are represented by a new logo designed by ynk media s.r.o., the Košice marketing agency. The new logo has undergone precise and very intensive development. The aim was to protect the original identity, colour design and history, but at the same time become a modern and dominant element of corporate identity.

The result is its impressive “facelift”. The graphics in the logo show Chemosvit’s most important product, which is film. At the same time, its shape resembles the peaks of the Tatras. Websites, videos and other promotional and print materials have also gained a new corporate identity. All presentation materials of Chemosvit’s subsidiaries are gradually acquiring the new image.